In this installment of Mysterious Monday, I present to you five plot hooks that were crafted to have a system neutral approach and will work with any almost any genre with a little tweaking here and there. Even though I’m an avid Call of Cthulhu fan, I have tried to keep these plot hooks as flexible as possible, but that influence resonates.

[Fantasy, Pre-Modern Horror] Living on the edge of a dense forest is not without risks! There is a certain allure to the forest; it provides food, shelter, and aids in defense. Local residents take for granted the gifts of the forest and it has not gone unnoticed by the forest and those things that dwell within. Within the last month three, highly experienced hunters have gone missing while in the forest. Search parties, hoping for the best but fearing the worst have been unable to find the missing hunters. The only signs they find are odd drag marks the lead away from known trails into the underbrush. Can villagers figure out what happened and how to appease the spirits of the forest? Can the hunters be found, dead or alive?

[Any Genre, Any Time Period] A mass grave uncovered during a construction project. The bodies show little signs of decomposition according to leading authorities. How can that be for corpses nearly one hundred years old? Witnesses observe several corpses chests rising and falling. What’s the origin of the mass grave?

[Any Genre, Any Time Period] A two-story house sits abandoned and decaying on an overgrown parcel of land at the outskirts of town. Rumors have persisted for decades about the house, previous owners, and of horrific death. These rumors have led discrete conversation for years in every tavern, pub, and socialite dinner. A regular rite of passage for local children is to dare each other to run up to the porch and back again without being caught by the ghost that they believe haunts the house. This childish practice continued until a week ago when a child was found dead on the porch with a blue piece of old lacey fabric clutched in his hand. Everyone is on edge, most of all the children. One evening, locals gather with torches and fuel to burn the place to the ground in the hopes of eradicating the ghost! The spirit of Emily-Anne the previous owner seeks revenge on the 50th anniversary of her brutal murder. She will not allow her home to burned down! How will the townsfolks put her to rest?

[Horror, Any Time Period] For thousands of years man has gathered to commune and worship powers greater than himself, in whatever cosmology subscribed to. The caves along the shore where the tide rises and falls have recently been the gathering place of the Sisterhood of Red Star. They gather to worship a long-forgotten God, the Great Cthulhu. Several of the sisters are in fact humans that have only partially transformed into deep ones. What do the Sisters of the Red Star have in store? What must they do to complete their transformation?

[Horror, Any Time Period] Five hundred years ago the rambling thoughts of a delusional monk were scrawled onto loose parchment and littered about his chamber in an obscure monastery that has all but been lost to time. The Mad Monk as he is known was said to have a direct line to God. At first, his fellow brethren thought a miracle was in the making, but over time the monk became more delusional. In his fleeting periods of sanity, he proposed to write down his communications with God. Unbeknownst to him, his God was not the God of any modern cosmology. His was receiving messages Azathoth, the Outer God of Chaos. The Mad Monk had somehow found a way to directly connect and communicate with Azathoth. The other monks, becoming fearful of his increasing mental instability, would leave him writing supplies and food on a daily basis. They all but refused to have anything to do with him as his madness worsened. After twelve years of madness and scrawling his thoughts and communications with Azathoth, the Mad Monk succumbed. Following his death, his brethren buried his body in an unmarked and unconsecrated grave, bound his thousands of pages into four volumes, and dispersed them to the order’s four monasteries. It was thought, with good reason, that if the four books were ever brought back together, they would unlock the secrets of communicating with and possibly summoning Azathoth to earth. Over the centuries the books have been moved, sold and lost to time. Recently, a small organization has been systematically searching and locating the missing volumes with the hopes of unlocking their secrets. Who is this group? They currently have three volumes; do they locate the fourth? What happens if they unlock the secrets within? Can investigators put a stop to their plans?

Also, have a look at Investigator Images: A Curated List of Yearbooks For Call of Cthulhu if you’re in need of some character or NPC portraits. 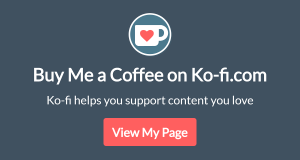