In this modern-day scenario the player characters are attending a convention for their favorite weird fiction author Harrison Paul Likenstuff. The investigators are on the final night of the convention at the hosting hotel, a large business hotel in a light-industrial district not far from O’Hare International airport in Chicago. The investigators have enjoyed several days of seminars, readings, and other Harrison Paul Likenstuff themed events. The grand finale of the convention is a fan produced film based off of one of Likenstuff’s stories named “Legs”. It is the biggest event for the whole convention and each of the players are eager to see if it lives up to the hype.

Legs is a rather short scenario and can be easily run in a four-hour time slot at a convention. Though it may not have been originally designed as a convention scenario its pacing and high energy action makes it a perfect convention scenario. The scenario is designed for four to six investigators and comes with five pre-generated characters, though it can be easily scaled up or scaled down to two players if needed. I’ve run this scenario several times at conventions and for my home groups. Players of Legs are sure to take away some fantastic tales of their horrible deaths or triumphant survivals. One thing is certain with this survival scenario, deaths with occur, so put away your favorite investigator and use a disposable character instead.

This is Jim’s first and only published scenario, though he has authored several others that have not been released for publication. Thankfully, Jim has recorded several test plays of these unpublished scenarios for us to listen to. The can be found at Skype of Cthulhu website. I’ve compiled a list of Jim’s unpublished scenarios that are available to listen to. A test play of Legs is also available but it does differ ever so slightly from the published PDF. Please download the PDF Legs and listen to Jim’s other scenarios. If you like it, please let Jim know so hopefully one day he might just publish more. 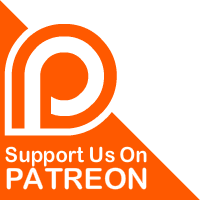