February is a time of passion and love between lovers and would-be lovers, but for me, it’s a time enlighten others as to why I love the horror genre. This genre is something that has become near and dear to my heart, but it’s a love that came to me later in life. My childhood was pretty normal and semi-sheltered when it came to horror movies and books, but my parents were absolutely fine with Dungeons and Dragons. It was my eighth birthday when they gave me the Basic D&D boxset (Mentzer’s red box). This is where my love of roleplaying games began and continues to this day.

As a child, I enjoyed seeking the occasional horror movie, though they were not regularly available in my house. More often than not I would watch them at friend’s houses. Likewise, my early gaming experiences were rather limited to Dungeons and Dragons, Marvel Superheroes and the occasional game of Rolemaster with my neighborhood friends; these were some of the best memories I have. My teenage years were developmental in the sense that my views of the world, the things I was more passionate about, and those things I disliked really took shape. I found a love for a variety of music from Heavy Metal to the Grateful Dead and everything in between. For the most part, the 80s and 90s heavy metal music was the soundtrack of my life. Much to my betterment, metal music is often my muse, especially when it comes to gaming. It was also during this time that I began watching more and more horror movies, but somehow books eluded me. Eventually, I joined the military and this is where things begin to take off. 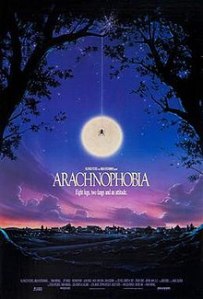 Joining the U.S. Air Force brought me in contact with some many great people, movies, books, and games. It was then that I began to come out of my gaming shell and explore more and more games and genres. I learned quickly that games like Vampire the Masquerade were fun with the right group of people, but finding that group was challenging and proved to be fruitless for me. It was also at this time that I found the freedom to really explore movies and the horror genre was my jam! Most movies, like arachnophobia, scare this shit out of me, but I’m totally okay with that! I watch to be scared. Looking back at the games I played in those years, I tended to stay in comfortable and familiar spaces, but I was still looking for the right games for me.

After a multi-year hiatus from gaming in all of its forms, due in large part to becoming a father, I began to slowly get back into gaming. Here I am in 2006 and I find myself playing lots of boardgames while slowing getting back in roleplaying games. As the decade came to a close, I found that fantasy roleplaying games, while I enjoyed them immensely, no longer scratching my gaming itch like they once did. I needed to find something else. I began making an earnest effort to branch out and try all kinds of roleplaying games. I tried story games, GM-less games, horror games, sci-fi, you name it, I tried it. Though my climb into the horror genre was slow; then I arrived and it was a glorious experience! I had finally found a genre of game that scratched that gaming itch that fantasy games no longer could. From this point forward, I was hooked. I quickly found I had a love of any game that was remotely horror-tinged. My exploration of the genre is far from done, but there are a number of games I have fallen in love with over the last decade or so.

Long since having reached adulthood, I have finally found a real love for novels and short stories that are inspired by the works of H.P. Lovecraft. There are some many great books that are infused with Mythos horror and sheer bleakness that I wish I had more time in my day to read more. I have accepted my reality of sneaking a few pages here and there when time permits.

The Call of Cthulhu roleplaying game was my first real meaningful foray into this genre and it has become a game I play more than any other. Since having found this game and a deeper appreciation for horror, the Mythos, and deep tension experiences, I have become heavily invested in Call of Cthulhu. I have made it a point to acquire books to read and data mine for great ideas. Even though Call of Cthulhu was my ice breaker, it only scratches the itch partially. There are times I want a game that is less investigative and more survival horror. 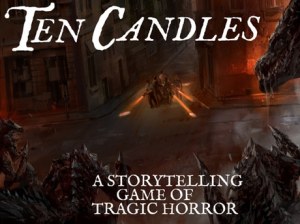 A little-known game called Ten Candles came into my possession two years ago and its immersive, narrative heavy, game experience really struck a chord with me. I hesitated for a long time in playing the game; though I had read it three times. Once I got it to the table, it was as if my eyes had been opened to more of the genre. Now I want more survival horror, but more importantly, Ten Candles showed me that a horror game can be bleak, scary and immersive without losing player agency and creativity at the table. Following that foray, I reviewed Ten Candles and have plans to get it back on the table very soon. Ten Candles – Tragic Horror Has Never Been So Fun

I have explored a wide array of games, not just horror games, over the last decade, but it’s horror games that scratch a particularly enjoyable itch for me. I have been enjoying roleplaying games such Trail of Cthulhu, The Cthulhu Hack, Don’t Rest Your Head and many more in addition to those mentioned above. I have found that with the boardgame explosion of the mid-2000s that there are a small number of horror-themed games that I also enjoy playing. Tops on that list are Mansions of Madness, The Last Friday, and Arkham Horror, but I’m willing to give any horror themed boardgame a try.

Oddly, my slow and hesitant journey into all things horror kind of resembles the bleakness of a horror game itself. It’s kind of ironic don’t you think?

If you enjoy getting your industry news from us, reading our honest reviews, or any of our helpful articles, please consider becoming one of our valued Patrons. Please click the banner above to visit our Patreon site to learn more about how you can help support us and be a part of the Boxcar Nation. This article was brought to you by our amazing Patreon supporters!