If you’re a fan of Symbaroum or just interested in checking out this much loved game, check out the new Starter Set that is now available. We have received the following press release from Free League. We’re excited to check it out too!

Brave adventurer, enter the wondrous world of Symbaroum. The Symbaroum Starter Set – Treasure Hunts in Davokar was released today by Free League Publishing. The boxed Starter Set is the perfect entry point to venture deep into the the dark fantasy RPG and contains everything needed to start playing.

The set is illustrated by the critically acclaimed artist Martin Grip, lead artist for the upcoming THE ONE RING™ RPG that is currently on Kickstarter, as well as the multiple award-winning ALIEN RPG and Coriolis – The Third Horizon.

The set is written by Mattias Johnsson Haake and Mattias Lilja, designers of Symbaroum that has also worked on acclaimed games such Vaesen – Nordic Horror Roleplaying, Forbidden Lands and Coriolis – The Third Horizon. 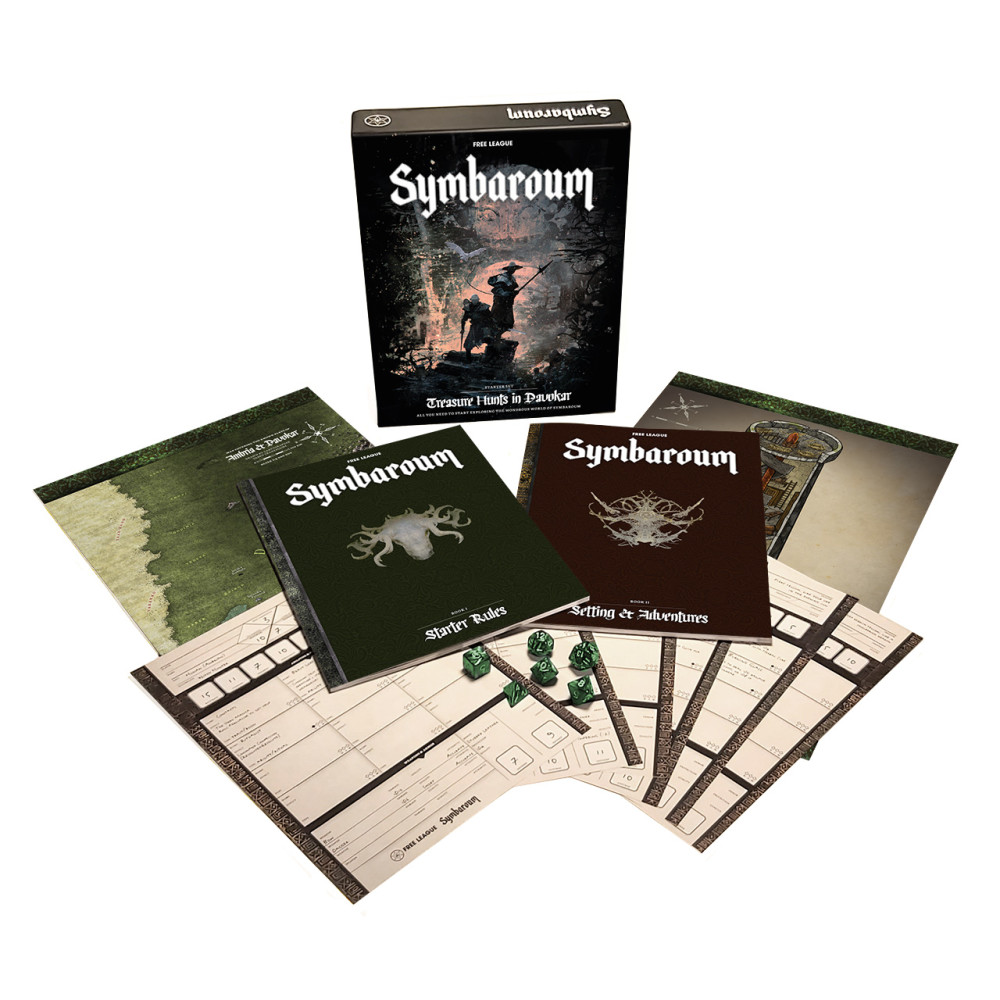 “Symbaroum is a dark fantasy set in a deep and dark forest chock full of ancient ruins and treasures. Its landscapes are haunted, its characters traumatized, and its monsters are pure, unbridled nightmare fuel. (-) Also the art by itself is enough to haunt your dreams”
~ Sara Elsam, Dicebreaker, 10 best fantasy RPGs that aren’t Dungeons & Dragons

“The game that has inspired me most this year.”
~ John Dodd, Tabletop Gaming magazine

“All in all, this is a stunning piece of work. It has all the sophistication of 13th Age, the mechanical beauty of Dungeon World, and the dark attractiveness of Warhammer Fantasy in a comprehensive and elegant game.”
~ Rodney Orpheus, Medium